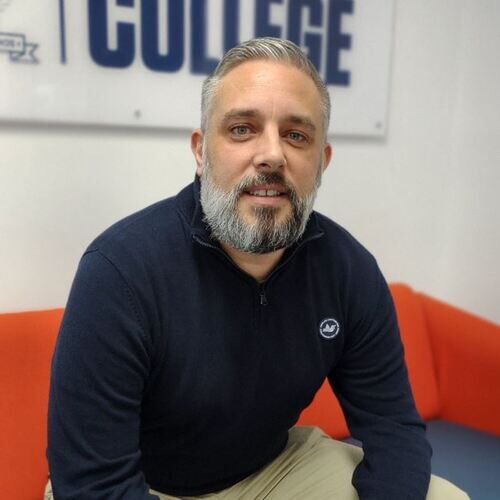 Phil Joined MLA College in 2021 as the Head of Facilities, after working in the world of professional sport as the General Manager of a club in the British Basketball League.

He has vast maritime experience after serving in the Royal Navy as a Seamanship Specialist, acting as a member of various private security teams on board vessels transiting areas known to have a high threat of piracy, and working as a civilian instructor delivering Personal Sea Survival training to all ranks and rates of the British Armed Forces as well as foreign Navies.

Phil also has experience in event planning and organisation and formed part of the Management team which designed and delivered residential English language training to the Naval Officer cadets of the King Fahad Naval Academy, Saudi Arabia. These packages took place within the UK and offered students real-time experience of the English language whilst gaining a firm grasp on British culture and society.

Recently, Phil has become a published author and works with a team to produce a range of children’s books which support the English language training curriculum in Turkey and promote the essential traits required in sporting environments as well as delivering some important life lessons.