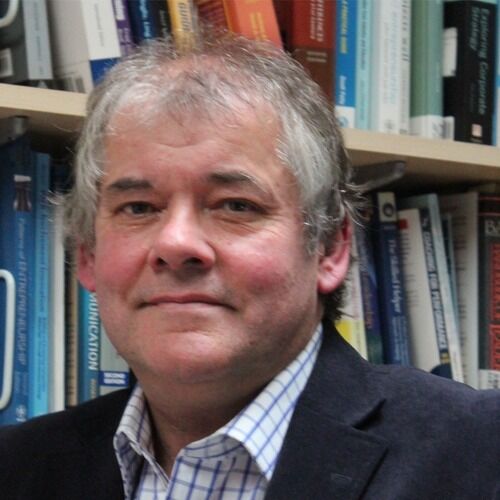 Chris spent his early career at sea as a Deck Officer, sailing on many types of cargo and some passenger ships, gained his Master’s CoC, and then came ashore to teach at Fleetwood Nautical Campus in the UK, eventually becoming Head of School. After a few years at Videotel as Deputy Managing Director (where he remains a Consultant) he joined the Management School at Lancaster University as a Teaching Fellow. He subsequently formed his own company and now pursues an independent career in educational consultancy, working locally, nationally and internationally.

As a qualified teacher and executive coach, Chris holds degrees from the Open University (BA in Education and Psychology) and Lancaster (MA Ed) and an Ed.D. from the University of Birmingham. He’s a Fellow and former Council Member of the Nautical Institute; former Chair of their Professional Development Committee; a Fellow of the Society for Education and Training, a Member of GlobalMET and a Member of the European Council for Coaching and Mentoring.

Chris has facilitated learning in the public and private sectors for over 30 years. He currently designs and delivers leadership, personal development and other training programmes for sea-going officers, as well as tutoring on some of MLA’s BSc and MSc programmes. He’s a former external examiner at Southampton Solent and Liverpool John Moores Universities. His current interests include Systems Thinking and its associated potential to impact on maritime safety.

Living with his wife in the North West of England, Chris’ passions, apart from family and Grandchildren, include making music, gardening, theatre, fell-walking, cooking, cycling (slowly…) and Series 2 Land Rovers.

His driving force is to inspire others to engage in life-long learning: to maximise their potential, and in so doing, extend their personal boundaries and achieve or exceed their aspirations.