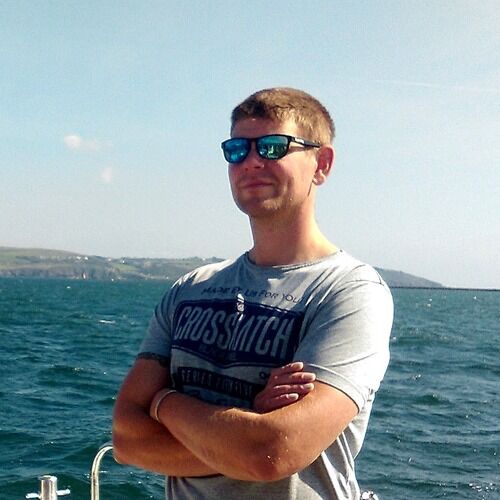 Brian’s passion for the sea began shortly after leaving school with a short stint in the Royal Navy, where he was fortunate to learn how to sail, which despite having being raised in the Lake District was an entirely new experience. On leaving the service he spent a couple of years qualifying as a Yachtmaster and sailing vessels across a few oceans and seas, with only the one Mayday and subsequent rescue!

The art of navigating from charts inspired a desire to gain a greater understanding into the compilation of these pieces of paper that contain so much information and are ultimately responsible for the safe passage of mariners.  What followed was 4 years of study where Brian gained a BSc in Marine Science and an MSc with “Cat A” accreditation in Hydrography.

In his 11 years as a hydrographic surveyor he has worked in some very interesting places and with some fantastic people who have taught him a great deal about hydrography.  It is this experience  and knowledge gained that he is keen to pass on to students engaged on MLA College’s distance learning packages, which in his opinion are at the leading edge of educational offerings in hydrography globally.

When Brian’s not in Plymouth with the MLA team he can be found at home near Salisbury with his wife Kirsten, our two boys, Jake and Joshua, their two dogs Durgan and Maudie, and 4 Alpaca.