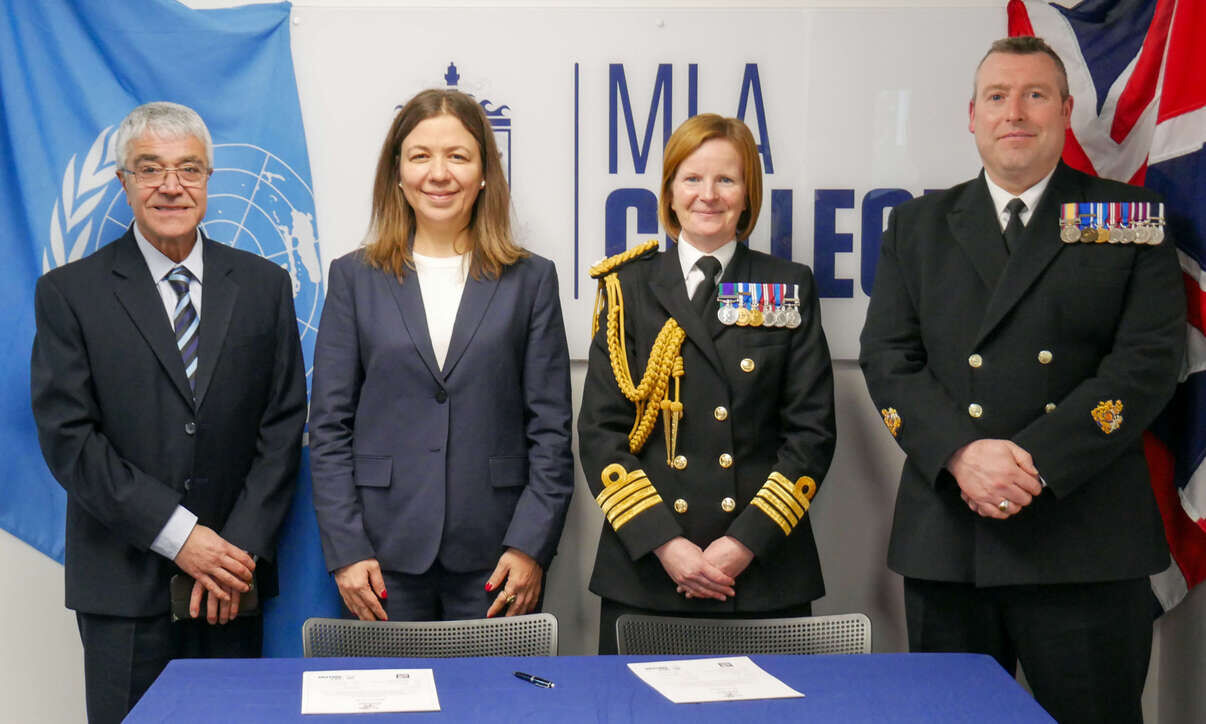 Officials from HMS Raleigh joined senior members of MLA College at a signing of the Armed Forces Covenant today.

By signing the covenant, MLA College pledges to support the British Armed Forces Community and the principles of the Covenant.

Captain Jane Roe ADC Royal Navy said: “It was a great pleasure to be invited to join senior members of MLA College for the signing of the Armed Forces Covenant today. It was also a real privilege and honour to say thank you for their pledge and commitment to those who serve or have served in the Armed Forces. I look forward to continuing our close relationship”.

The Armed Forces Covenant is a promise by the nation that those who serve or have served in the Armed Forces, and their families, should be treated fairly and should not face disadvantages when seeking to access public or private goods and services in the UK.

Professor Basak Akdemir, Chief Executive from MLA College, said: “MLA College is a Higher Education provider that has for many years specialised in the marine and maritime sector. Being based in Plymouth, home to the largest naval base in Western Europe as well as the British Army and Royal Marines, with a vast military history, and growing community that includes Veterans and families, it only feels right to be signing this covenant today.

“We are thankful to Captain Roe and Warrant Officer Fellows for joining us on this momentous occasion.” 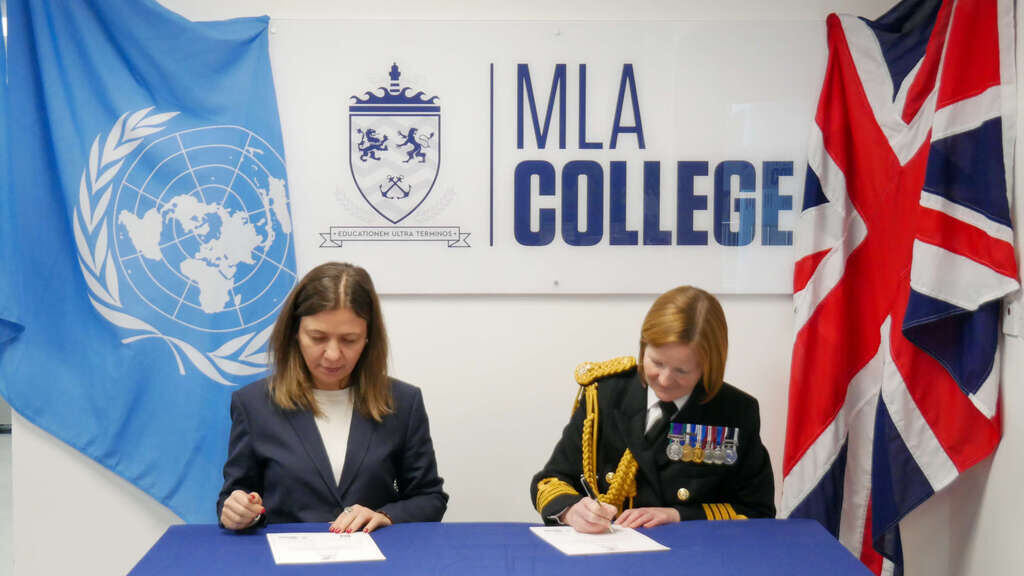 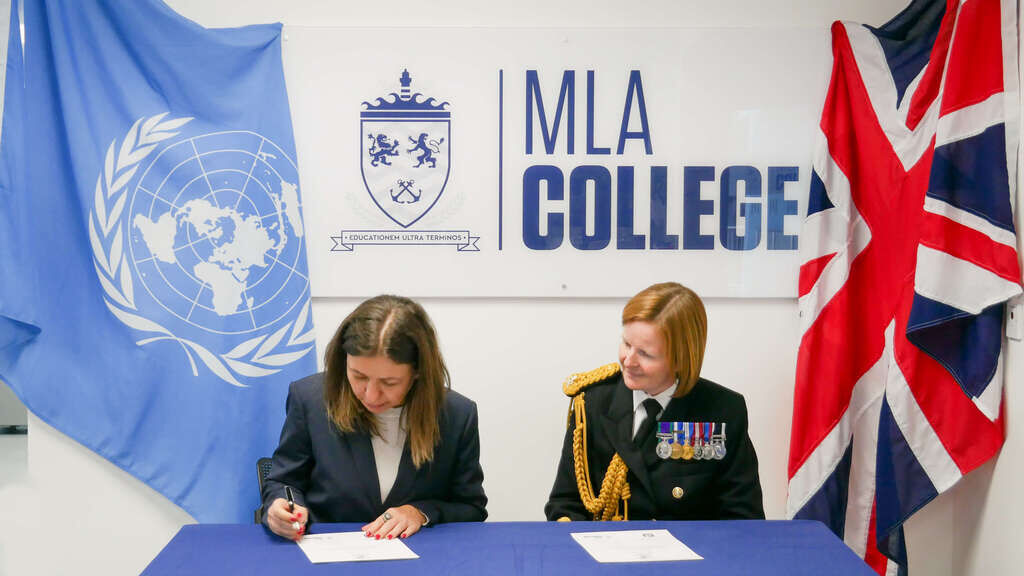 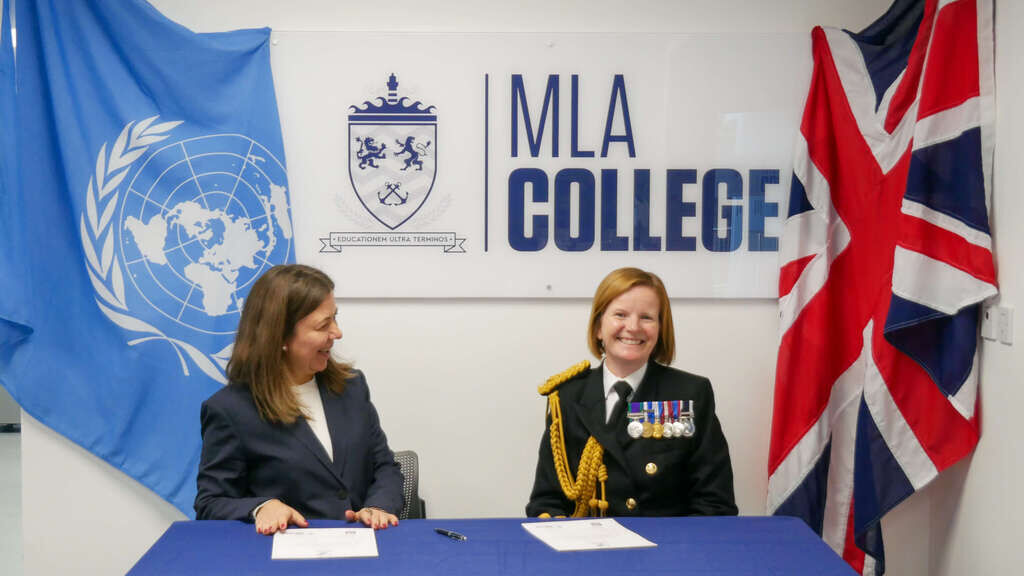 MLA College celebrates the signing of the Covenant by announcing a ten per cent discount on all of their degree programmes to all serving UK Armed Forces Personnel, Veterans and members of their immediate families.

The College delivers degree programmes by part-time distance-learning via an innovative technology platform, named the Total Learning Package (TLP). With no need to attend live lectures, the TLP provides the flexibility and freedom for individuals to study at times that suit them.

Programmes available include Bachelor and Master degrees in sustainability, maritime operations, marine engineering and a suite of Master and MBA by Research Project degrees including oceanography, marketing, and financial technology (FinTech).

Find out more about the UK Armed Forces Discount here. 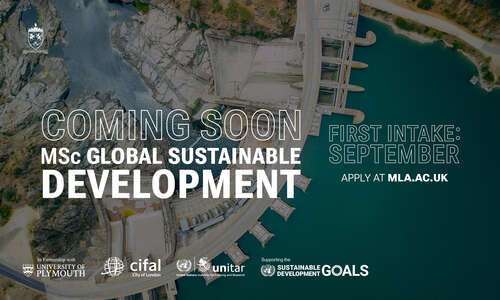 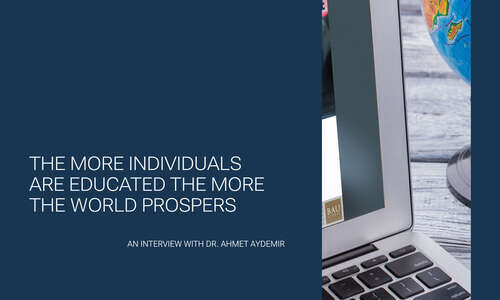 The More Individuals Are Educated The More The World Prospers
An Interview with Dr. Ahmet Aydemir To celebrate the International Day of Education (24th January) we caught up with Dr. Ahmet...
Read More 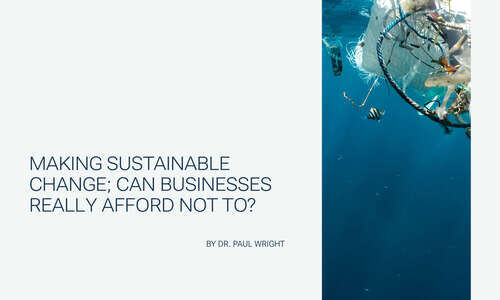